One of my favorite bloggers, http://risinghawkspeaks.wordpress.com/, wrote a poem the other day called “Unworthy”, about giving and hope, that brought back the memory of an incident that happened to me years ago. I have not been able to get it off my mind, and felt compelled to write about it here.  (Go to his blog to read this remarkable poem, among others!)

The incident that related to this poem happened many years ago…but started me on a path of learning about Unconditional Love…and I have never forgotten the incident or its message. This is what happened:

Many years ago, I was taking my teenage daughter to work very early one day. Dawn was still drawing its lazy covers off the morning, just as I had pulled myself, reluctantly, from my warm bed for obligation. I was, admittedly, grumpy that morning. While I never begrudged my amazing and hard working daughter a lift to work, I sometimes “had my moment”, as we all do. We needed to stop for gas and, while she was pumping, I was sitting in the car still wrapped in gossamer threads of dreamtime, awake enough to drive, but still longing for my warm covers.

As I sat, lamenting the chilly morning, a scraggly man with rumpled clothes and a cardboard sign came up to my window and knocked on it. He was bleary eyed, and had not shaven in some time. He was clearly in need. But in my little nucleus of ill-temper that morning, I did not look past my own discomfort to his…and I sent him away…grumbling to myself that he would likely have just bought alcohol or drugs with the money I gave him, if I had given any.

As he trudged down the road, I stewed in my crossness, feeling even worse, because I am a giver. Then…and I firmly and openly attest to this…a light came from somewhere, infusing the dusk of the gloomy dawn…and it came on me. In a second, I snapped awake and a thought came flooding to my mind. “What if, at this moment, I was called to test. What if that man was a Divine being, or God, or however you name it for yourself…and I was being challenged to show the love for human kind that I speak of within me?” It was a changing moment for me.

I opened the car door, ran, and caught up with the man. I gave him a handsome gift…but it was not the size of the gift that I gave it for. I gave it…because of the size of the lesson that the moment held for me.

I walked away thinking…this was a human being in need. It did not matter WHAT he spent the money on…just that he was in need. IF he did spend the money on booze…was that the only thing he had left in his life that represented relief, or joy to him? And who was I to judge how and where he came from and how he had landed in that position. And too, what if that was just my own judgment talking…and he really spent the money on food, or shelter? Was I only going to give to those I deemed worthy of the gift?

What I came away with that day, is that Giving is an act that should be done for the sake of the act…not with any attachment to what the other will do with what is given. True “Giving” is done unconditionally, with no judgment on the receiver…or any thought on the gift at all after it has left our hands and heart. Give for the sake of Giving, and the pleasure it gives us to know we are doing something for another should be the gift that comes back to us.

Unconditional Love and Giving has no attachment to any outcome or to where the gift will go or how it will be used. We gave…with an open heart and with Love. THAT is what counts!

NOW…THIS DOES NOT MEAN…that we Give to the point of being taken advantage of. There are those that will seek to destroy our generosity by doing this. But, it is in those instances that we Give ourselves the gift of Discernment, and, if we are being mis-used, we think enough of ourselves to stop the pattern. Any way you look at it though…we are Giving. Whether to ourselves or others. And that is the point.

Remember…it does not take away from a candle to use it to light anothers. Once the flame is shared, it stays alight, and glows amid all the other wicks it shared its spark with. How awesome do you think that candle feels…for having shared its Light, its Flame, with others…watching the glimmering radiance of another coming to Light.

Strive to share your Light. The smile on the receiver is the greatest gift of all!

12 comments on “The Gift of Giving”

Leave a Reply to From the Desk of MarDrag Cancel reply 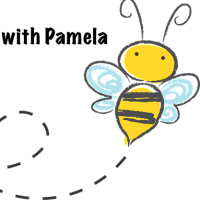 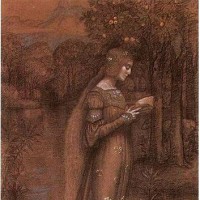